A series with the most elaborate quest the world has ever seen, culminating in a final decision that will determine the fate of our existence as we know it…if only the Eternal Quest Breaker can find a way to overcome the two magic schemers’ battle.

Susy finds herself in isolation with no recollection of her past. Her only friend leaves unexpectedly after handing her a mysterious key-like pendant. To use for what? 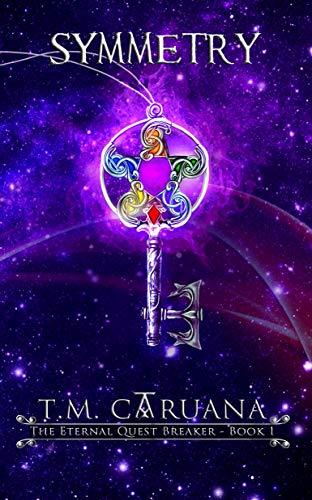 When trying to escape her captivity, she is snapped up by a man whose grip is too soft to be that of a kidnapper and too firm to be that of a stranger, but when Susy lays her eyes on him her heart is instantly trapped!

This man speaks of an Honorary Knight Order, a map and seven stones with magical powers that open portals.

Susy’s view of the world will never be the same again!

Love and secrets delay their quest and concerns grow that the balance of life will not be re-established in time as the evil of the two magical schemers gets closer to his goal.

★ Other people describe this series as ★

“It’s an original mix of Science Fiction and fantasy which I thought was really clever.”

“The actual storyline is something I will think back on for a long time.”

“The best book I have read in ten years.”

“Symmetry is what I like about fantasy fiction. It is imaginative, has lots of action and the characters are really colourful.”