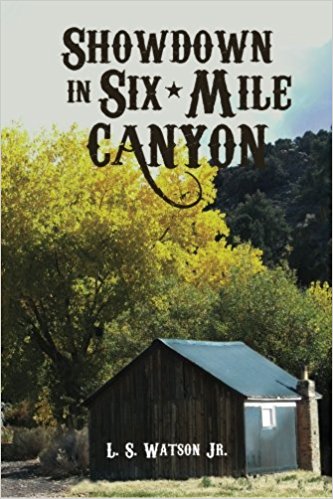 “It was early spring in 1864. The weather was cold, and a misting rain was falling. I was huddled around a small campfire with eighteen other soldiers. It was suppertime, and we were eating our beans and hardtack. We heard a low boom of cannon, and seconds later, a canister round hit right in the campfire, exploding and spewing deadly fragments everywhere.” “Oh, that’s positively awful, Luke. Did it kill anyone?” Josh asked, aghast. “Yes. It killed everyone. Or so they thought,” Luke spoke slowly, and Josh became puzzled. “What do you mean by that, Luke? I don‘t understand,” Josh asked, rubbing his chin. “It was the fastest I ever saw a grave-digging detail formed. They dragged the broken, bleeding bodies and put them in a heap, and began to dig. I was in that heap of bodies, more dead than alive. I was still conscious, but in severe shock. I slowly realized that I was about to be buried with those dead soldiers. I mustered all my strength, and shouted as best I could, “You men! One of us is still breathing!” “Oh, Luke; that is the most frightening thing I have ever heard! Almost buried alive! Then what happened?” Josh was clinging to the arms of his chair so tightly that his knuckles were white. “Of course, they immediately pulled me out of the pile, and carried me to the field hospital, the very hospital where I had been working. The doctor took one look at me, and even he turned pale. Then he knelt beside my cot and said, “Luke, the right arm and the left leg need to come off. I’m so sorry.” Well, I had seen enough of that, and begged him to just clean and bandage the wounds. He argued that infection would surely set in, and kill me for sure. I was adamant, though, and finally he did as I asked.” For Luke Wilson, being wounded in the Civil War didn’t compare to the pain and heartache of losing his wife and daughter in a tragic fire. He went to work for the Union Pacific railroad, first as a cook and then as a mechanic. Once the golden spike connected east and west at Promontory Point, Utah, he drifted off in search of adventure before finding Virginia City, Nevada to his liking. Quickly making a boarding house in town his home, he gains employment as a mechanic at the Sierra Nevada mine. Promoted to assistant superintendent at the mine, Luke spends his free time exploring the countryside and, with fellow boarder Josh, finds the picturesque Six-Mile Canyon. Coming across an old cabin there, they wait out a rainstorm before heading back to Virginia City, happy to have found such a tremendously beautiful, quiet, and peaceful place. But things aren’t peaceful for long. Joseph Howell, the ornery town blacksmith, gets in a drunken row at the cantina and just as it is about to turn deadly, Luke is able to intervene and sends the combatants to their respective homes. The next morning, however, one of the men is found dead. Before Luke has time to figure out the truth of the matter he is forced to head back east to visit his ailing father-in-law. Upon returning, he is quickly swept up in thwarting a kidnapping plot, only to find himself alone in a showdown with two desperate outlaws. Things happen fast, and help from an unexpected source ends the situation before Luke meets his demise. When the silver in the Sierra Nevada mine plays out, he finds employment with the Virginia and Truckee railroad, finally healing his broken heart as he settles in Carson City for good. Beautifully rendered with earnest compassion, Watson’s debut is a captivating journey to an era long past whose rules and ways may have been simpler, but was really not so different than the world we know today. Expert knowledge of the times combined with a fine ear for dialogue and keen eye for observation lend a strong sense of authenticity to the proceedings. Indeed, Showdown in Six-Mile Canyon is the perfect companion for anyone looking for adventure, to relive the old west, or to simply enjoy an extraordinary tale well told.