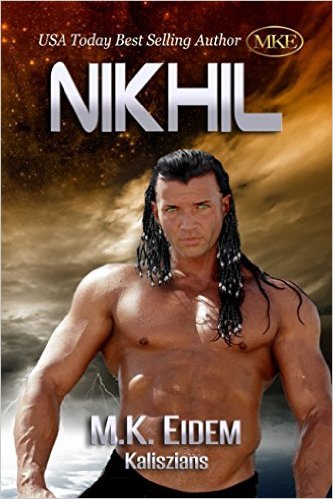 “This book feels like the beginning of a larger story, and ends without satisfying the story line. Almost like a cliffhanger but not as dramatic. If I had known, I would have waited for the next book. There are so many plot lines going you will need to read this again when the next book comes out to understand the big picture.” By Nicole Kennedy

“t has been so long (too long) since we’ve gotten another book about this universe. I love that Nikhil found his ‘True Mate’, the first one in five hundred years. And of course she’s human. We are amazing like that. The whole universes and different peoples are fascinating in this series. M. K. Eidem has come such a long way since Grim. Each of her books just keeps getting better. (I’ve always wondered why Wray was the second book when it is so obviously first in the timeline). Anyhoo, thanks so much for this book and please, please don’t make us wait so long for the next one. I definitely recommend this book. Enjoy!” By Chris Shattuck-weill