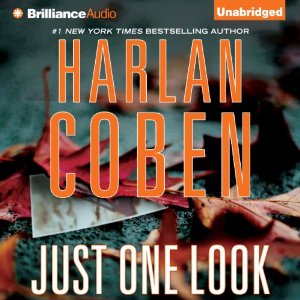 “This was the first Harlan Coben book I have read and after reading some of the reviews on this site, I have decided that if they thought this was not one of his best than I can hardly wait to read his other stuff. I thought this was one of the best books I have read in a while, and I am normally a very disciplined reader and can put down a book at any time and I found myself reading this at stop lights (I was almost done and driving to work)which is something I have never done before.” By P. L. Dollar

“After a sleepless night gobbling up my first Coben novel, “The Innocent,” I rushed out and bought this one. And once again I was compelled to finish it in one day. Yes, the criticisms of other reviewers are valid. The plot is confusing and contrived, and the ending leaves you somewhat flat. Many characters aren’t fully fleshed out. However, Coben does an excellent job with Grace and Charlaine, two strong, resourceful women. I was moved by his dead-on depictions of the special love parents have for their children. And his numerous pop culture references ring true. Most important, “Just One Look” is an exciting read that’s impossible to put down … which, in the end, is job one when writing an escapist mystery.” By Harvey