Are you one of those wanting to read something really interesting prior to going to bed? You aren’t alone as there’s no dearth of book lovers who’re always looking for the new stuff to increase their knowledge. Today, we are up with a new book named ‘’ How Lenin and Stalin Brainwashed Russians’’ unfolding all the interesting facts about Soviet Bolsheviks. You’ll get to know how two ferocious dictators Josef Stalin and Lenin created political system that killed heaps of innocent Russian people. It is Larisa Vetrove who is shedding light on Soviet Russian era.

There’re about 16 chapters, with each unfolding a specific aspect of Soviet Bolsheviks. Overall, the book is an ideal choice for those wanting to read something really engaging.  Following are the topics you’ll read include – The Red Army & its Exactions, How the Bolshevik Propaganda was planned, Stalin & the great Purge, the State-Controlled Executioners NKVD and Cheka, the Power Struggle in Kremlin, How Russian Farmers formed large-scale famines and more.

This innovative book covers the period from 1917 to 1939 and discusses everything associated with Soviet Russian era. It’s not less than a treasure for history enthusiasts who want to study Soviet Bolsheviks in detail.

Featuring more than fifty propaganda photos and posters, this easy-to-read book contains everything you want to know about Soviet Russian Era. At the End of each Chapter, You will find interesting quotes from Evil Thinkers like Engels, Marx, Stalin and Lenin.

Following are the major chapters that might grab your interest – the Bolshevik Propaganda, The RED Army, Main Principles of Marxism­Leninism, Promoting Literacy, A Tragic Family Story, Stalin & The Great Terror, Persecution of Religions and Intelligentsia and more. 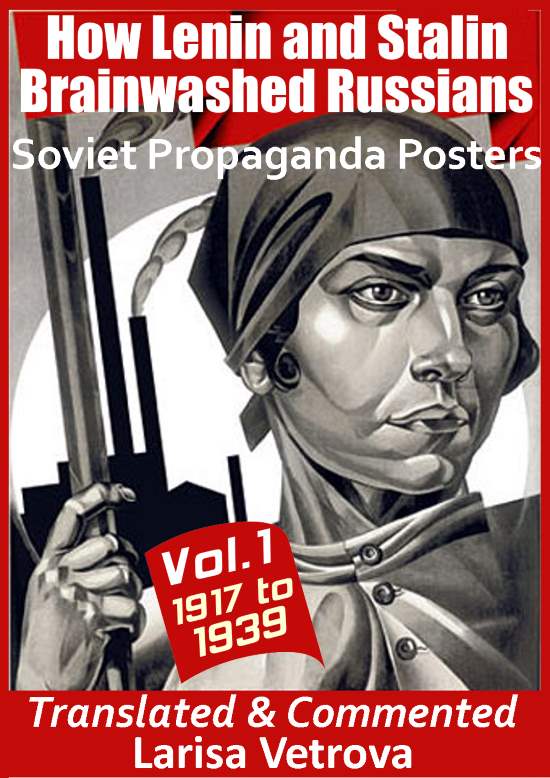